Unless you happen to be a total agricultural policy wonk you probably have never heard the name Margrethe Vestager. 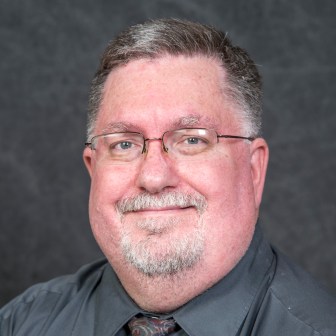 She’s the mother of three daughters, Maria, Rebecca and Ella.

She graduated from the University of Copenhagen with a degree in economics in 1993.

She has been involved in Danish politics since her 21st birthday – first serving on the central board of the Danish Social Liberal Party’s European Affairs Committee.  She was a member of the Danish Parliament from 2001 to 2014.

Most recently, Vestager is serving as Denmark’s European Commissioner for Competition.  That should ring a bell or two. It was Vestager who headed an anti-trust rules fight against Google that cost the company $2.7 billion in fines in July.

And, oh yeah, at the moment, she is Monsanto and Bayer’s worst nightmare.

That’s because Vestager is standing in the way of Bayer’s $66 billion takeover of Monsanto.

In August, Vestager and the European Commission opened an investigation into competition of seed and pesticide markets that threaten to derail Buyer’s buyout.

The European Commission also is casting a skeptical eye on Bayer’s proposal to package together digital farming tool,  including sensors and software with offerings of pesticides and seeds which could reduce overall competition in the marketplace for such services.

Avaaz, a U.S.-based advocacy group who fights for various causes mostly through e-mail and online campaigns, sent Vestager a letter in July claiming to have received more than a million signatures in an online petition against Bayer’s takeover bid.

Avaaz’s attorney Nick Flynn claimed in the letter to Vestager that not only would Bayer-Monsanto control more than a quarter of the world pesticide and seed market, but that it would  “lock farmers ever tighter into a supply chain for products that threaten biodiversity and food security by creating dangerous, genetically modified and pesticide-addicted monocultures,”

Thus far, Vestager isn’t buying what Bayer is offering in concessions to finalize the deal, including divestment of current businesses earning about $1.2 billion annually.

To appease South African regulators, Bayer said it would sell its ownership of the Liberty crop chemical glufosinate and stake in glufosinate-resistant cotton and canola seeds.

Here’s hoping that the European Commission holds Bayer’s feet to the fire, which is hellbent on wrapping up the deal before the end of the year.

The European Commission gave a self-imposed deadline of Jan. 8, 2018, to inform Bayer of any further needed concessions to green-light the takeover.

Publicly, Bayer says it welcomes the European Commission scrutiny, but I think privately it’s another matter.

Bayer has got to fear that the European Commission will require things that make takeover of Monsanto financially unsound if not infeasible.

Well… I say given the breathtaking rate of proposed agricultural mergers and takeovers, it makes sense for the European Commission to slow the process down and get it right to insure farmers don’t find themselves squeezed out of existence by escalating seed and pesticide costs.

Dickey spent nearly 30 years at University of Illinois at Urbana-Champaign’s NPR member station WILL-AM 580 where he won a dozen Associated Press awards for his reporting. For 13 years, he directed Illinois Public Media’s agriculture programming. His weekly column for Big Ag Watch covers agriculture and related issues including politics, government, environment and labor. Email him at dave.dickey@investigatemidwest.org.

This column reflects the writer’s own opinions and not those of Big Ag Watch.